"The layers of overdriven guitars add to the dreamlike state and the swooning female vocals give the songs an aching beauty and a gracefully mysterious undertone that, when combined with the welcome sense of urgency and drama the band plays with throughout, give the impression that the songs actually mean something to them. [...] You can call it shoegaze if that helps, you can call it Flying Nun with an extra layer of noise too." (Tim Sendra, All Music Guide)

"The Golden Awesome demonstrate a sonic authority that seems effortless, so totally and completely do they cast their collective net. Contemporaries of bands like Ringo Deathstarr and Young Prisms, the band undoubtedly pays homage to My Bloody Valentine with their wondrous washes of drone and fuzz, not to mention the deliciously dastardly guitars alongside some intoxicating, female-heavy vocals that land somewhere betwixt those on Loveless and those found in certain Lush songs. The end result is quite an aural opiate." (Megan, Fuzzy Logic)

"Layers of syrupy guitar distortion, harmony female vocals, middling chug-a-lug tempos and fuzz enough to drown in. And you know what? It all works just fine. [...] Vocalist Stef Animal delivers the goods in a languid, whispery moan that floats above the prevailing noise clutter like oil atop choppy waves."  (David Maine, Popmatters)

"As soon as the first barrage of huge distorted chords began to rumble out of my speakers, I knew I’d made a wise choice. [...] The Golden Awesome make big, dreamy and all-enveloping guitar music, […] craft songs rich with melody, drama and personality, with the usual Jesus & Mary Chain/My Bloody Valentine references employed as a launching pad rather than a blueprint." (Grant Smithies, Sunday Star Times (NZ))

"[...] their haunted melodic sensibility is encased within huge cathedral-like structures of smoke and ruins. 'Autumn' lives up to, and actually surpasses my expectations, positioning it as the best local record I’ve heard all year."  (Martyn Peperell, Fishhead Magazine (NZ))

"A great place to start with your new favourite band who also happen to be one of the best live acts in the country." (Westely Holdsworth, NZ Musician Magazine)

"A good record for a scene in a movie where a bunch of really intelligent people have been invited to a dinner party but the hostess spiked the soup with DMT and now everyone's wiggling around on a beautiful carpet, staring at the ceiling with glassy eyes."  (Ari Spool, Impose Magazine) 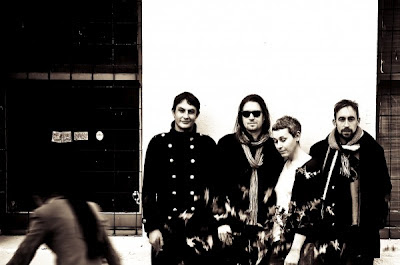